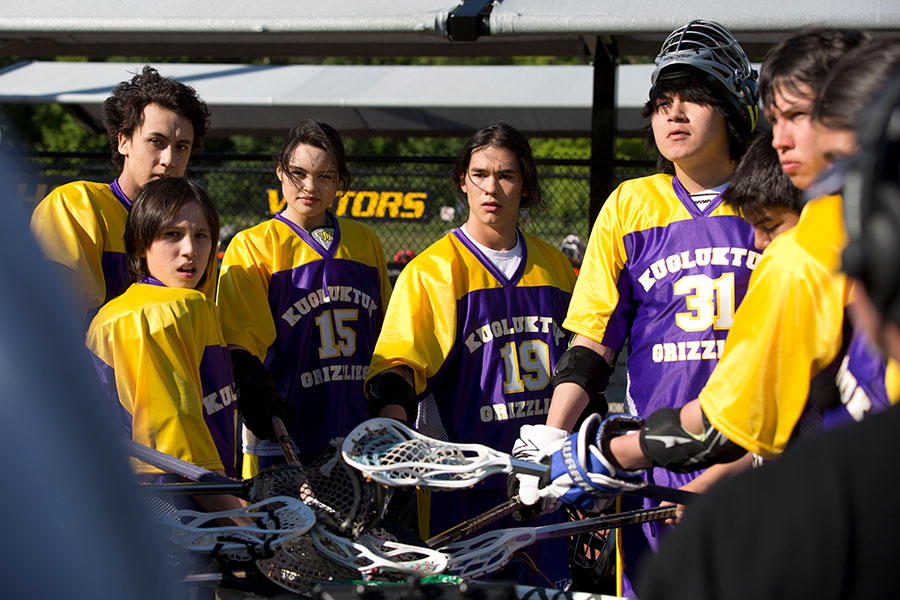 THE GRIZZLIES is based on the inspiring true story of the youth of Kugluktuk, Nunavut - who were transformed by the power of sport, family, tradition, and community, and in turn, transformed their town with the highest suicide rate in all of North America into a model of hope and youth-led resilience.

The classmates are initially resistant when the naive and culturally ignorant white teacher from the south introduces them to lacrosse—but gradually, as they begin to connect with each other as teammates, the students’ find inspiration to make profound shifts in their lives. In the beginning, the hastily built lacrosse team seems like mild after-school fun, but quickly becomes the lightning rod for the community’s differing views on its future. Together as “The Grizzlies", the players learn to lead each other, gain the support of a deeply divided town, and look to compete in the National Lacrosse Championships. In the process, these youth become the teachers, of their coach and each other, proving to themselves and now the world, that it really isn’t ‘win or lose’, but being together in the game.  The Grizzlies is more than the usual triumph through sports movie - it is a true story about a group of Inuit students who changed their teacher and eventually their whole community for the better. Driven by remarkable performances by the young, Nunavut -based cast, and seeded with unassailable authenticity because of it’s dramatic location, The Grizzlies proves to be one of the most unexpectedly affirming films of the year.

Sports story, and so much more

Though it could categorically be considered a sports movie, the drama at the centre of the piece transcends the genre. The result is a feature film experience that is at once a vivid celebration of Inuit life and culture, an elegy to the traumatic impact of European colonization on Inuit peoples, and an ode to the resilience of youth who find their power by facing deeply-rooted fears and vulnerabilities with grit and grace. It features tour-de-force performances by breakout Inuit and First Nations lead talent from an array of remote communities.

The characters in THE GRIZZLIES represent every kid across North America who is struggling with structurally-imposed barriers and intergenerational trauma—and show that there is always a way to stay in the game, overcome obstacles and gain confidence despite steep odds.